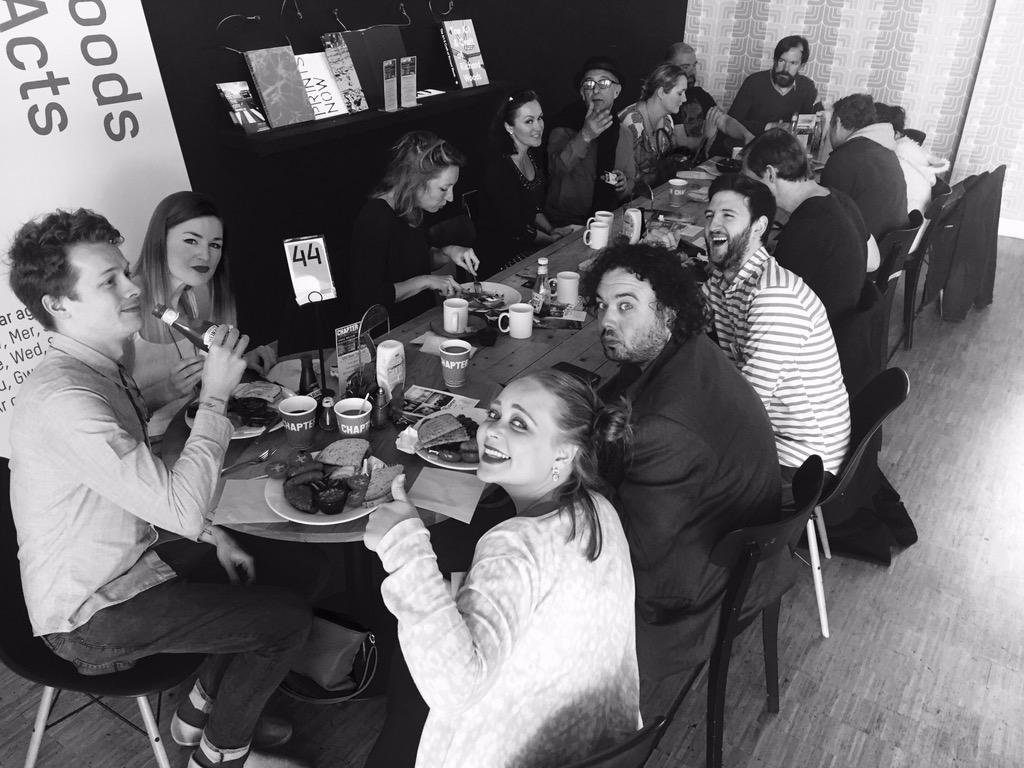 Come and join festival crew and filmmakers from around the world for a complimentary continental breakfast and coffee. 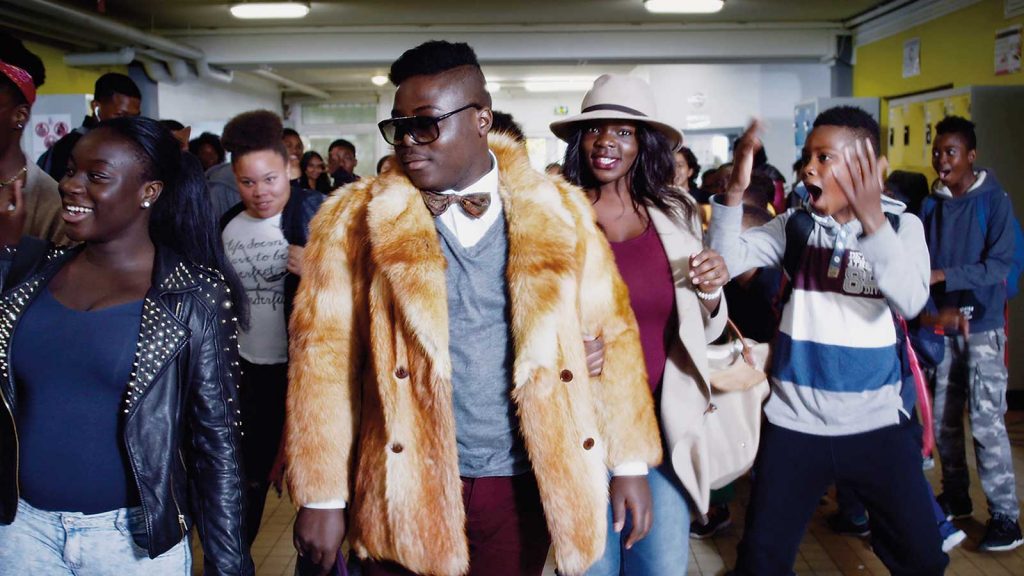 A teen-movie documentary, Swagger takes us into the midst of the astonishing minds of eleven teenagers growing up in one of the most underprivileged neighbourhoods in France.

Set in the French projects of Aulnay, Swagger’s colourful subjects talk about life, politics, family and living in one of France’s most difficult neighbourhoods – all from their young perspective. Director Olivier Babinet’s two-year production intersperses clips of interviews with interesting staged pieces showing the teenagers having fun and allowing their personalities to shine. The temptation must have been there for Babinet to focus on the challenges that these teens faced while trying to make their way in the world – delightfully however, his decision to focus on their hopes and dreams gives the film life and vibrancy well above it’s subject matter.

Two high school outcasts decide to turn around their failing social fortunes by hosting the greatest party of all time.

A little boy wanders alone through a toy store. He can’t speak English, but he makes a memorable connection with a young mother over an uncomfortable truth. 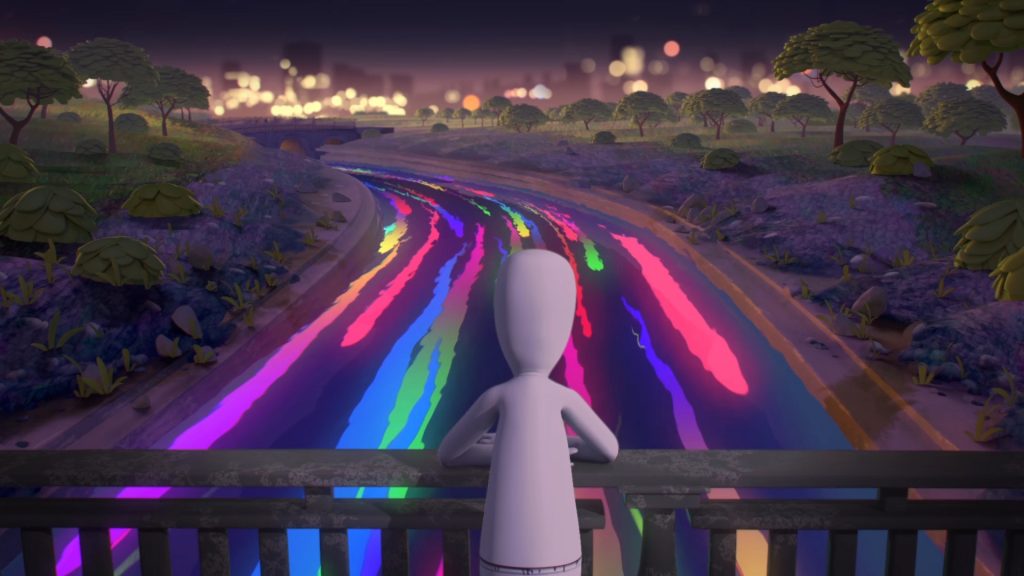 Of Shadows and Wings

In the heart of a group of birds, the indignant Moann feels her body changing.

A colourful story about losing your spark and finding redemption.

In a continuous scenery, his physical movement stays in the same position. The speed accelerates and gradually causes a distortion.

A scarecrow, a storm, a broken leg. The resonant sound of a sea shell. Leaving forever.

A ballet dancer striving to find her perfect line through repetition, strengthening, dreaming, failure and perseverance.

Not the End of the World

Joe Connoly’s little life is turned upside-down by the arrival of a note. It seems Molly thinks he is cute. Is this true love?

In search for water, two characters start a long journey where new technologies and traditional customs have to coexist.

Routine, monotony, attention and distraction. Will we allow events to pass by uncontested, or will we break the cycle?

In a forest of gigantic trees, Oquirá young indigenous girl, will challenge her destiny and discover the cycle of life. 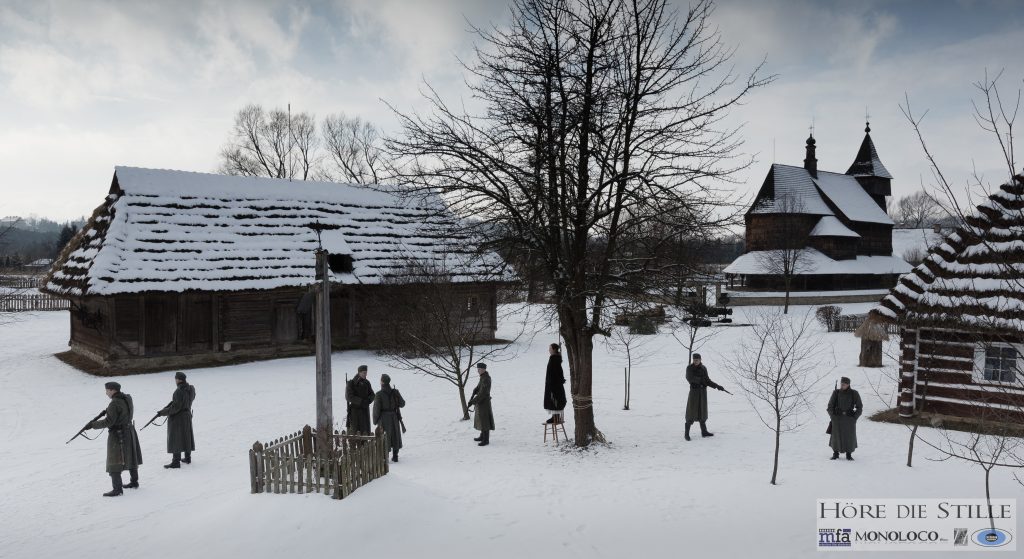 In this dark World War 2 thriller, a lost unit of German soldiers stumble upon a village inhabited by women, children and the elderly. The soldiers are welcomed as liberators and the two groups grow closer.  But not everyone wants the peace to last and soon the soldiers and the villagers are locked in a brutal battle for survival.

Ed Ehrenberg’s World War II drama is gripping for all the right reasons. Following a group of German soldiers caught behind enemy lines, the director does well to connect us with this group of soldiers as they take shelter in a small village of German exiles within Ukraine. This connection to the soldiers is important as the film explores the difficult relationships of national identity, occupied territory and the pressures of war on civilians and military personnel.

Family man and lawyer Leo has been assigned to defend the notorious drug dealer “Froggy,” who is accused of murder.  Fans of City of God and The Wire will love this taut thriller by another CIFF returnee, Bruno Bino, whose raunchy comedy S2 brought the house down last year.

Adv 15. Free.  Tickets available from www.chapter.org and the box office. 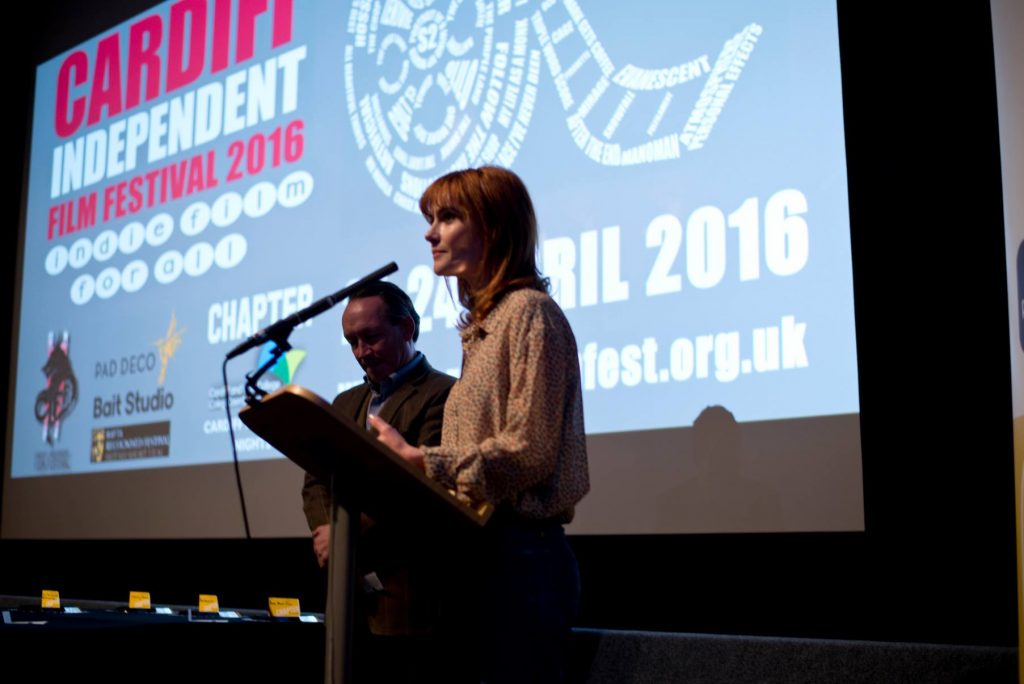 …in which all will be revealed! The show starts with a screening of the five nominees for the Brian Hibbard Award for Best Welsh Short:

Director: Scott Quinn
A man is desperate to find meaning in his life… even years after his death.

Director: Mac Nixon
In his upstairs flat, Leonard dwells on traumatic events from his childhood whilst being driven to distraction by his noisy tenants.

Director: Joseph Ollman
A tale of strife and discovery between a man of self-imposed isolation and another content in purposeless comfort.

Director: Clare Sturges
An insight into the work of the late Welsh artist Osi Rhys Osmond as he creates his last ever watercolour.

Director: James Cookson
Dylan, a young man with bad dreams, aims to escape life working on his father’s farm for a fresh start with his girlfriend Jenny.